I know I ‘m a week late, but I wanted to thank everyone who came to the Saltaire Arts Trail. One reader of this blog came all the way up from Leicester!

I wanted to get in early on Friday to hang my work, just in case there were any problems. From the start the plan had been to hang the tapestries using hooks over some unused doors. But the doors proved too thick for the hooks. June Russell, the chair of Saltaire Inspired arrived with helper, an array of tools, fixings and fearless determination and managed to hang the pieces nonetheless. It was a strange thing to see my work hanging all proper like! I was really thrilled with how it looked, and not a little proud.

The event was fabulous, lots of wonderful visitors, very engaged and full of questions. But without doubt the best part for me was meeting the artists I was sharing the space with, especially Janis Goodman, Salma Patel, Gemma Lacey,, and of course our host, Jacky Al-Samarraie who looked after us so well. They all made the whole experience absolutely delightful and a laugh a minute. In truth I didn’t want the event to end, I had such a great time. It was also great to get feedback on the work and observe people’s responses to it. I certainly feel a few feet taller as an artist. My only regret was not getting to look round the other houses and exhibitions, but it was clear there was a fabulous atmosphere across the village.

The gift cards were a virtual sell out so I will definitely be doing those again! The frames were a big hit too, so I am going to look at doing some smaller framed pieces that are more affordable for Art in the Pen in August. 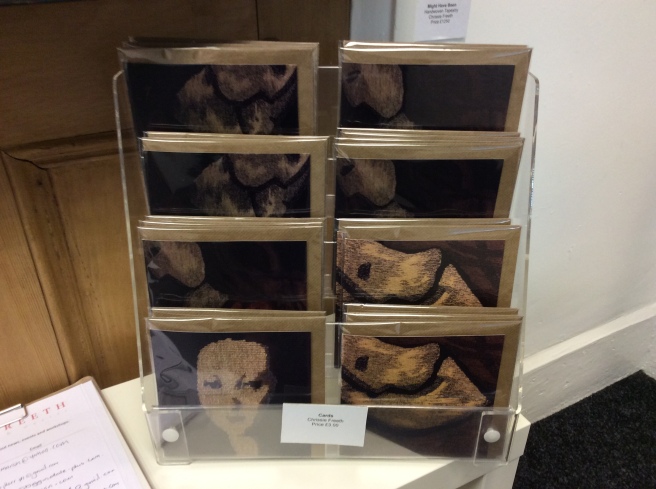 I am really glad I did some little samples that folk could touch, they were very popular and certainly helped reduce the amount of folk going for the tapestries themselves. There were a few. I know who you are. 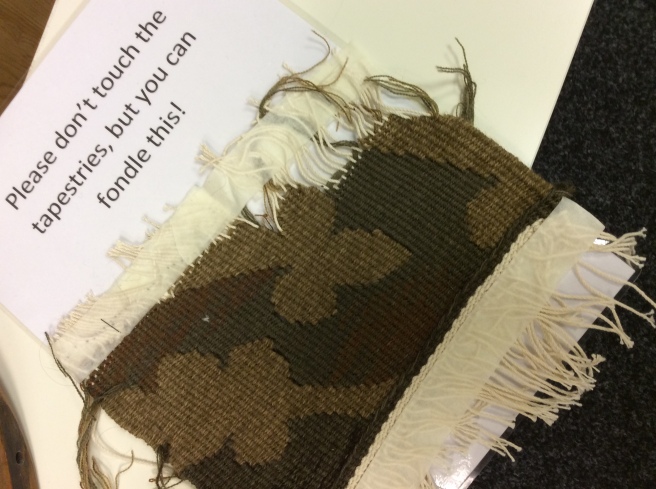 With the Arts Trail done with, I’ve taken a few days to catch up with my Fellowship plans. I know where I want to go, but it has been good to start getting in touch with potential contacts. I’ve also made plans to do some experiments with different cameras to see how best I might best photograph the tapestries I’ll be visiting. The sixteenth-century tapestry at East Riddlesden Hall will serve as a stand-in. Talking of which, on the 30th July I’ll be at East Riddlesden doing some demos. Once it is all confirmed and I have more details I’ll let you know. Later this month I’ll be heading to a rather grander stately pile here in Yorkshire to discuss some conservation issues, but more on that in a later post. 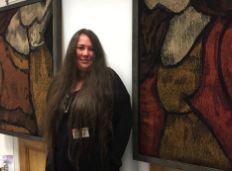 In the meantime, the loom needs warping, and I need to get some more work underway! Cheerio for now x

This site uses Akismet to reduce spam. Learn how your comment data is processed.